Edit
SPOILER WARNING! Some sections of this article contain manga-only information. Please be careful if you haven't read the manga. The mobile version of Wikia doesn't support spoiler tags, so proceed with extreme caution!

Delvers (探窟家), also known as Cave Raiders, is a general term to refer to adventurers who dive deep into the Abyss to explore it in order to unveil its secrets. In the town at the edge of the Abyss, Orth, Delvers are incredibly highly regarded as heroes, and many children aspire to become one in the future.[1] They delve in the hellish pit and return with invaluable Artifacts hidden inside, exploring its depths and contributing to the study of the abnormal hole.[2] When deep in the Abyss, Mail Balloons are used to transport light packages to the surface.[3] Some orphanages, like the Belchero Orphanage, teach orphans everything about delving like an academy, granting them the possibility of a bright future to those forsaken by life.[4]

The greatest Delvers are the ones known as White Whistles, and they have made discoveries and retrieved Artifacts that have changed the world. They are immensely admired by the population and considered the pinnacle of Delvers.[1] While many Delvers work individually or in small groups, occasionally, official parties are formed by the government in order to obtain certain items from the Abyss.[2] Because Artifacts of higher grades can alter the balance of power between countries, Delvers from different nations, who have to do so illegally, sometimes compete to get their hands onto them.[5]

Delvers are classified with whistles of different colors based on their ability, experience, and achievements.[6]

Bells are the novices in training, yet to receive a whistle. This rank is given to those who are studying to become Delvers, but have yet to actually go into the Abyss themselves. Though most bells are given to young children, when Reg first arrived at Belchero Orphanage, he was also given a bell until his first dive.[7][6]

Red Whistles are the apprentices. They are rookie Delvers who have a decent knowledge of the Abyss and have descended down to the 1st layer on their own. It is a common rank for prepubescent kids who have studied from an early age. One obtains a red whistle and the official title of Delver after their first descent into the Abyss.[6] While they are fairly knowledgeable, Red Whistles lack the physical fortitude to get very deep, so they are only allowed to descend down to 550 meters.[8] Going any deeper is treated as an accident or rebellious behavior, and a rescue party is sent to retrieve them.[9] If a Red Whistle somehow manages to descend 1,350 meters, to the 2nd layer, it is treated as suicide and search parties are called off.[8]

Blue Whistles are the adepts. They are more experienced Delvers who have managed to prove themselves. Blue Whistles are allowed to delve down to the 2nd layer of the Abyss, so they most likely possess an acceptable fighting ability to fend off the beasts of the Forest of Temptation. Typically and with the appropriate training, one attains the rank of Blue Whistle at the age of 15; though, there are exceptions to this, such as Marulk.[6][10]

Moon Whistles are the teachers.[6] They are highly proficient Delvers that carry an extensive knowledge of the Abyss. Moon Whistles can delve down to the 3rd or 4th layer (sources contradict; see footnote[footnote 1]) safely, so their delving ability is in a completely different level to Blue Whistles. They are considered experienced enough to serve as teachers for the newer generations.[11]

Black Whistles are the experts.[6] They are extremely talented Delvers that have mastered the techniques of delving. Black Whistles may reach down to the 4th or 5th layer (sources contradict; see footnote[footnote 1]) of the Abyss, which is the point at which the strains of ascension can cause one-touch insanity. They also sometimes work under White Whistles as subordinates and assist them in their expeditions.[2]

White Whistles are the legends.[6] They are considered to be the greatest Delvers of all. Their achievements have changed the world, and their discoveries astonished all, turning them into spectacular historical figures.[12] White Whistles are titled after their unique persona ("sovereign of" or "lord of") and reach a whole new level incomparable to that of other Delvers. They are armed to the teeth with Artifacts of the Abyss and represent a formidable force.[13] Because of their status, any information that is officially passed by them is considered a fact, no matter how absurd.[14]

White Whistles do not have any depth limit; however, since the strains of ascension make it humanly impossible to survive the ascent from the 6th layer, for most of their life, they limit themselves to the 5th layer.[14] At some point when they make the decision, a White Whistle will descend into the inviolable 6th layer. Since returning from this point is impossible, this descent is called the Last Dive, and it represents the most important point of their career: delving into largely unknown territory.[15]

Their whistles themselves cannot be obtained through conventional means. White Whistles are made out of life reverberating stones, which can only be obtained through the remains of a loved one of the Delver.[16] Once the stone is refined into a White Whistle, it will sound only for the Delver it was created for and its sound can bring out the true purpose of some Artifacts.[17][18] 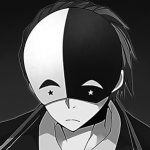 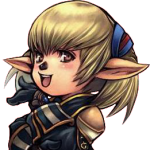 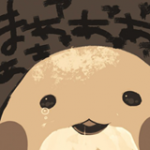